Which Eraserheads Song Did Ely Buendia Write With Marvin Gaye in Mind? 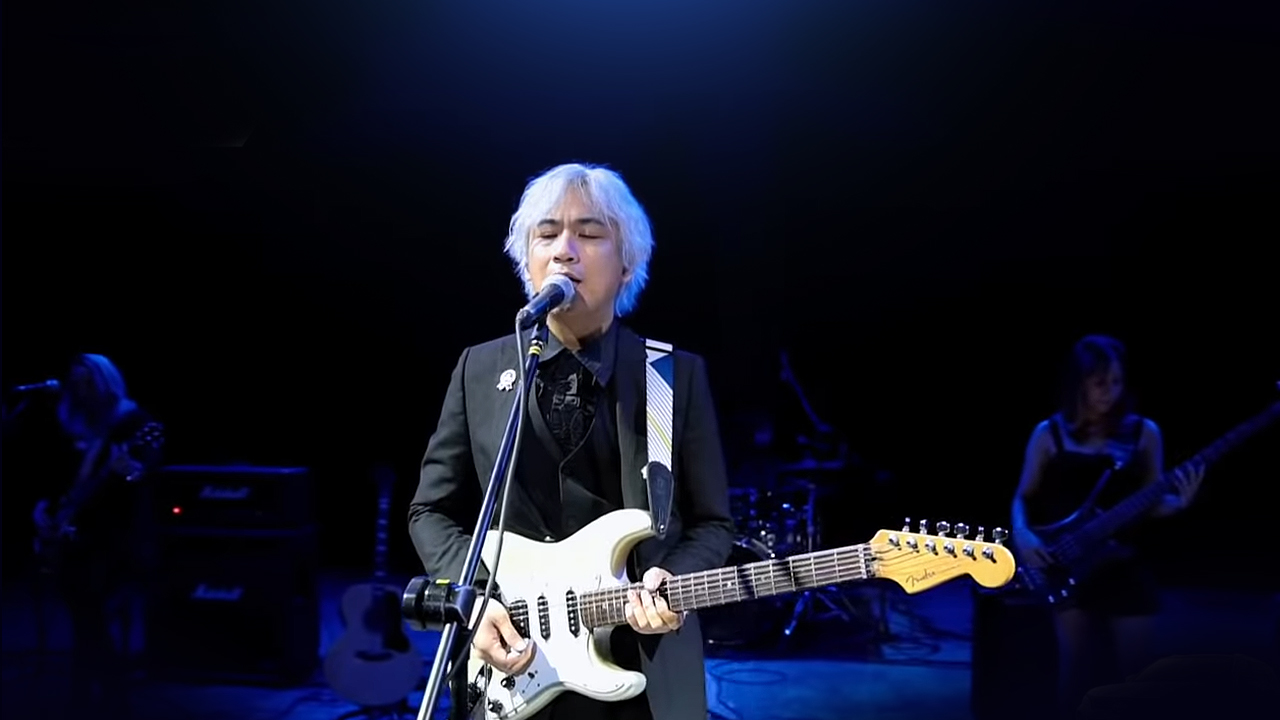 Which Eraserheads Song Did Ely Buendia Write With Marvin Gaye in Mind?

Ely Buendia shares the surprising back stories behind some of Eraserheads' most iconic songs in this concert he held for the launch of the 2021 Fortuner.

Every driver in the 90s and early 2000s has likely blasted the iconic songs of Eraserheads through their car’s speaker system at least once. There’s just something magnetic about the band’s legendary discography that can unite even the worst of enemies for at least three and a half minutes as they sing along to “Overdrive” and “Pare Ko”. And just like the cars we drive, their songs transport us to places and memories we wish we could always revisit -- and maybe some we never want to go back to!

While some of our road trip plans had to take a backseat this quarantine, no one said the soundtrack of our lives had to. Ely Buendia surprised fans last October 17, 2020 with a special digital concert for the launch of the new Toyota Fortuner. It was quite the power struggle having two well-loved Filipino icons (one in the flesh, the other in the metal) in the same room at the same time. But Ely reminded us why, just like the Fortuner, he’s remained well-loved and immensely popular across the years. 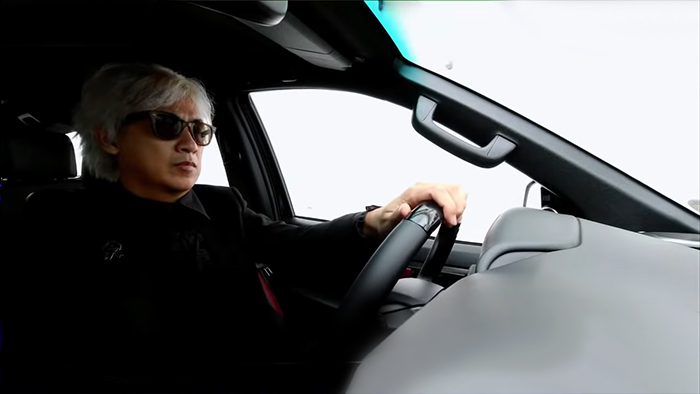 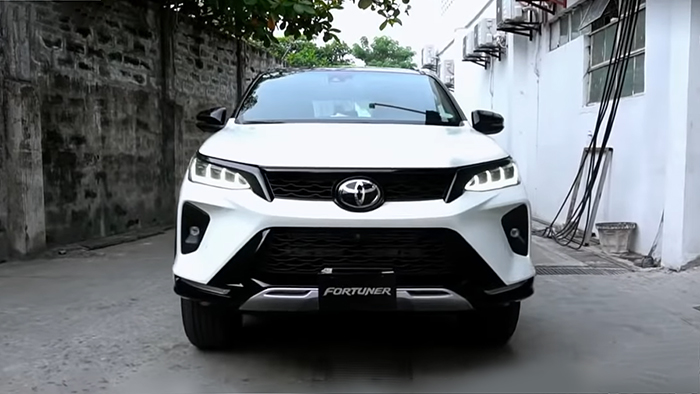 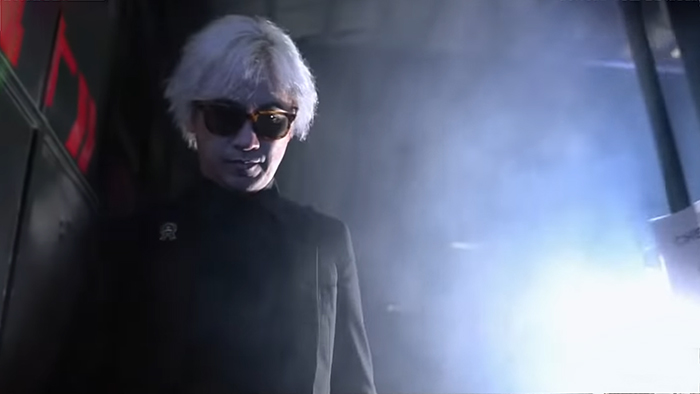 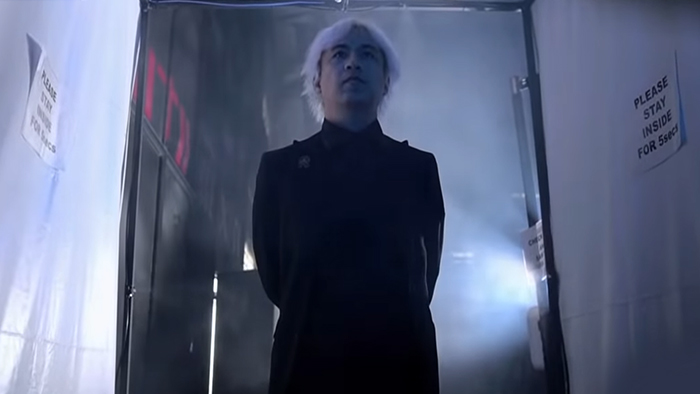 In true rockstar form, Ely arrives at the studio in a three-piece black suit behind the wheel of the new top-of-the-line Fortuner LTD. The spotlight follows him and he emerges from what seems to be a thin fog, until we see that it’s actually a disinfecting chamber! Safety protocols are in full force as he joins the band and takes center stage. 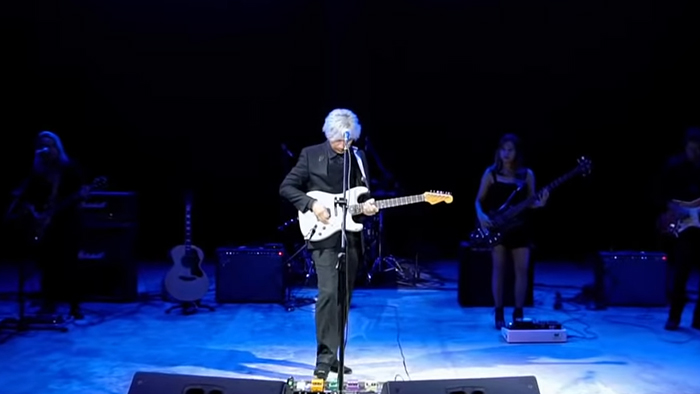 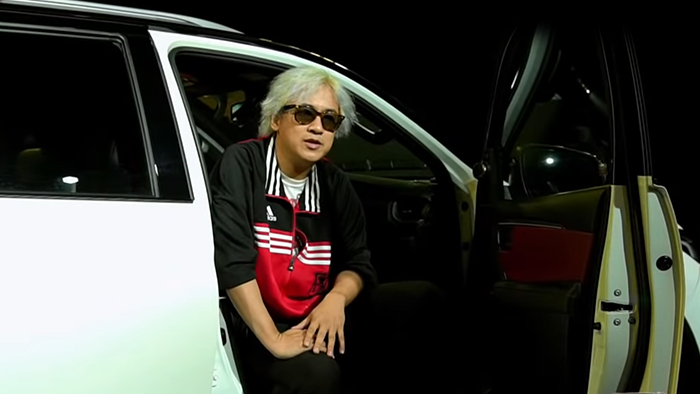 While a digital concert may not have the physical crowds of conventional concerts, Ely still wanted to interact with fans and share the stories behind some of the biggest Eraserheads hits he’s written. Like friends exchanging stories in an empty parking lot, Ely talks comfortably about the first song in tonight’s set aboard the two-tone maroon seats of the new Fortuner LTD. 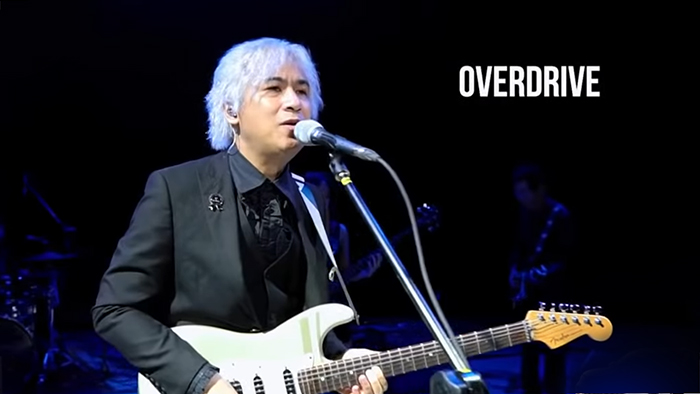 What better song to start with than the anthem of every wannabe driver raring to learn how to drive for the first time. “Overdrive was written because we just wanted to sing about what was one of the most important aspects of growing up,” Ely admits candidly. He recalls their early aspirations of owning a car and wanting to just drive it out to anywhere. “Noong panahon namin, malaking bagay talaga ang kotse. It represented freedom and fun.” 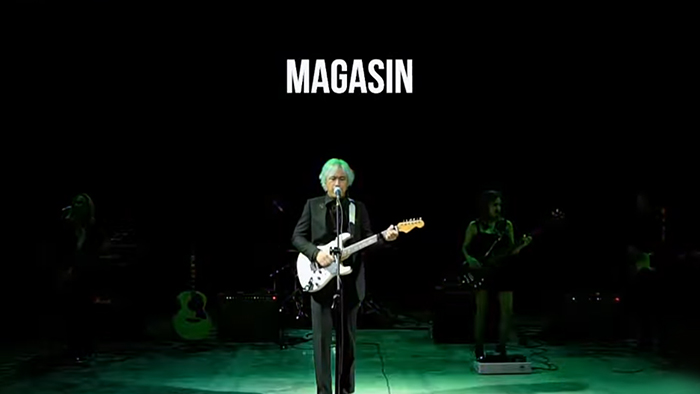 “The story was secondary to the whole concept of the piece,” recounts Ely. For him it’s more than a song. “I call it a piece because it’s one of the songs that I really wanted to stand out from the other songs in terms of ingenuity, arrangement, and references to music that we loved and I loved -- particularly like Mo-Town.”

And can you guess which American artist Ely envisioned singing Magasin?

“I sort of saw Marvin Gaye singing [it]. It didn’t turn out that way but it’s all for the best!” 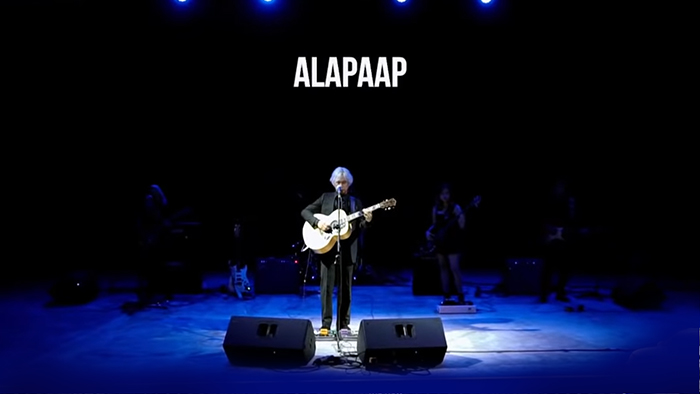 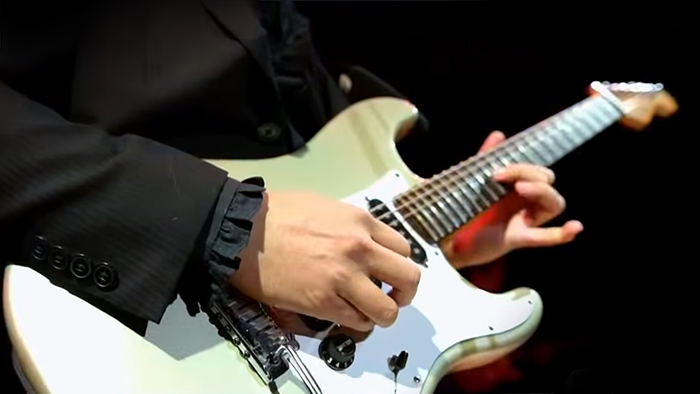 Ely describes the point in time when he wrote this song. “It was a fantastic time in our lives,”  he shares. “We got to pretend we were sort of infamous people, rather than famous people. We wanted that infamy,” he reveals. “But we didn’t do it [like] it was the number one thing in our minds. No. The song was sincerely about freedom.” 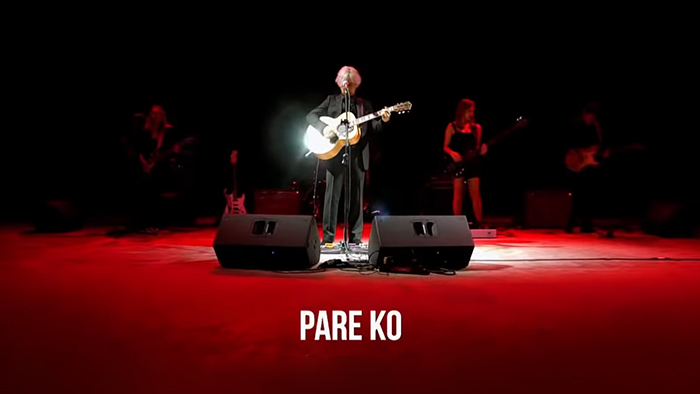 Ah! The karaoke staple sang over tears, beers, and pulutan. What does Ely think about the song’s popularity among mga kumpare? “To be honest I’m not surprised [that people love this song] because it [talks about] one of the most universal things,” Ely reflects. “I guess people like the simplicity of it. They like how [it’s] very relatable -- very videoke-worthy. It’s one of those great country folk songs.” 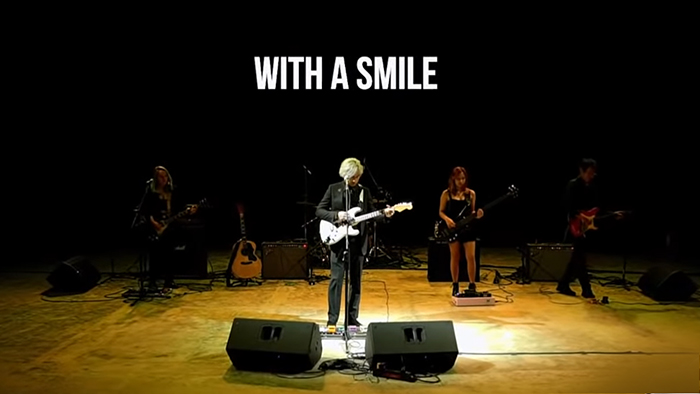 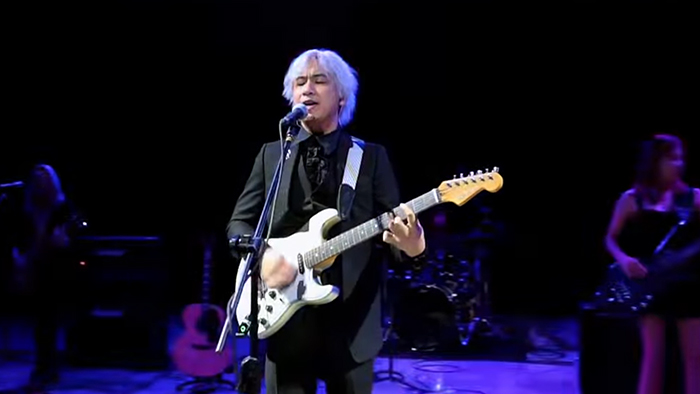 Chances are you’ve heard this song used in your school retreat or in at least one AVP (audio-visual presentation) at a family reunion. But did you know this was the biggest surprise hit that Ely penned?

“I don’t want to say it was a throwaway song,” Ely tries to reassure. “It [just] wasn’t something that I seriously considered as being, you know, my best work,” he admits. “It’s just one of those songs that’s supposed to be something that would carry over the whole album ‘cause it was such an in-your-face album and I believe in changing the pace sometimes -- or maybe all the time.”

While it may have started as a palette cleanser to spice up the album, Ely remains in awe of what the song has meant to so many people. “That was what the song was for [originally]. But you know it’s great that a lot of people really like it and [that] it makes them feel good.”

For Ely, it’s one of the greatest forms of validation of his craft. “As a songwriter, it’s one of the best compliments you can get actually. So I’m very VERY thankful for all the good and positive things that people got from it.” 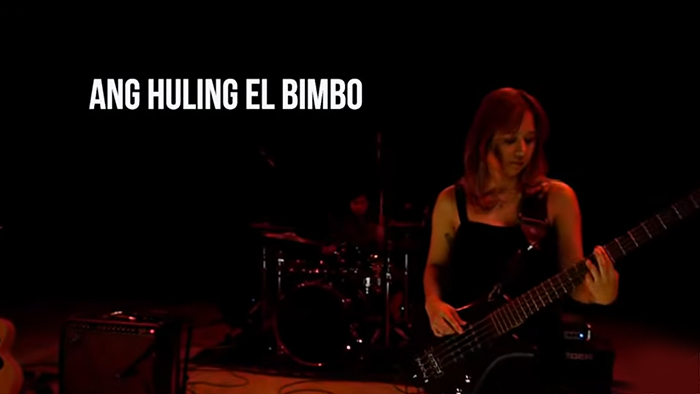 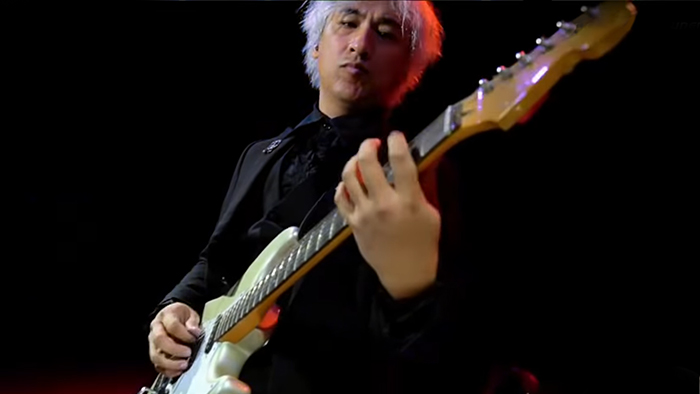 Arguably one of Eraserheads’ most iconic songs was actually written in perhaps the most humble of settings. “I wrote that in Teacher’s Village sa kwarto ko,” Ely recalls. He shares how quickly the song came together. “I remember it was night time. I don’t know if it was five minutes pero it certainly felt like just under five minutes. It felt like five minutes and forty-five seconds,” Ely teases, sounding surprised. “I had the idea in my head. I had the story. It was very VERY easy to write. I don’t know why. I guess we’ll never know.”