An exciting showdown is set for 18 December when A. Aleef, regional winner of Toyota Motor Asia Pacific’s first e-Motorsports racing championship in Asia*, the “GR Supra GT Cup ASIA 2020,” competes with best-in-class e-Motorsports drivers from around the world and vies to take home the “GR Supra GT Cup 2020” crown. The global race will pit 24 players, including top-ranked international e-Motorsports drivers, against one another in an online streaming event that will determine the series champion. 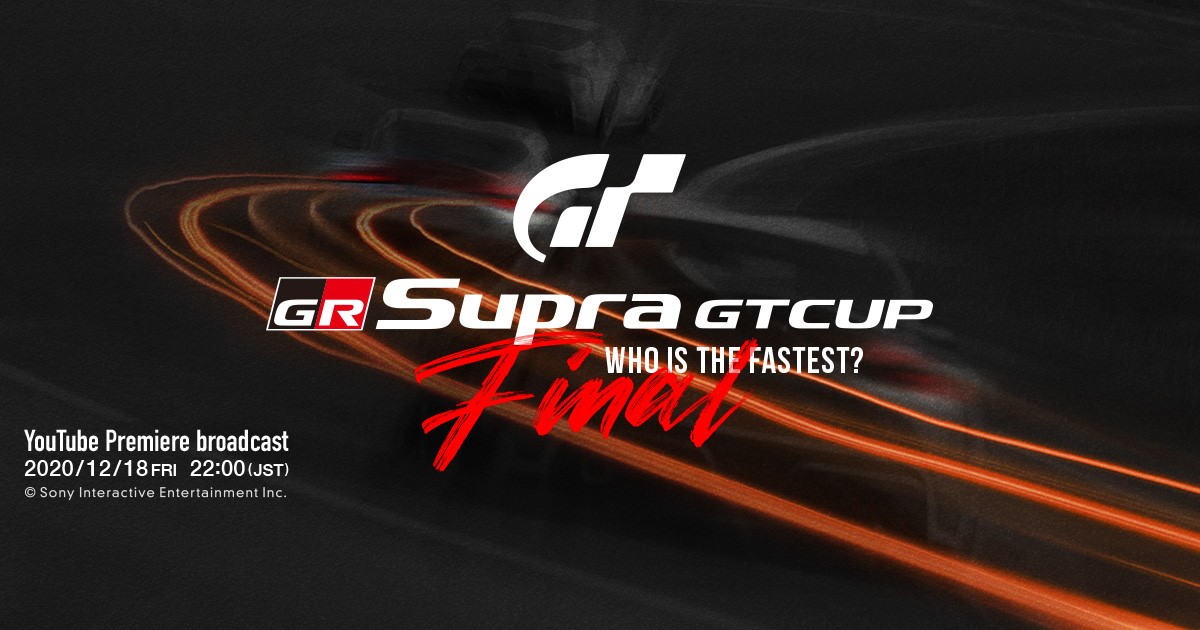 Asia’s racing champion Aleef had secured a coveted spot in the “GR Supra GT Cup 2020” global final after beating 14 other national qualifiers from Thailand, Singapore, Malaysia, Philippines and India in the 25 October regional competition hosted by Toyota Motor Asia Pacific. The demanding regional final put the drivers to a hard test, but Aleef managed to place first in the first two races, and third in the last race. His final score of 36 points topped that of his closest competitors – Malaysia’s Taj Aiman (33 points) and Thailand’s Sirigaya (25 points), and he took the podium as the first Asian champion of the “GR Supra GT Cup ASIA.”

Given how exhilarating the qualifying rounds have been, with drivers racing up-close and showing off the power, balance and agility of Toyota sports cars, the global final, comprising two rounds of races on challenging and popular race tracks, will no doubt have e-Motorsports fans and avid gamers on the edge of their seats.

In the first round of the global final, the 24 players will race in two groups of 12 each, and on the tracks of Fuji Speedway – Toyota’s home ground and a place where it has won many victories in motorsport history. The top six racers from each of the two groups will qualify for the final round – a race on one of the fastest open-road circuits in the world – Circuit de Spa-Francorchamps in Stavelot, Belgium. The 7 km-long circuit consists of 19 turns through the hilly terrain of the Ardennes, where speeds in excess of 330 km/h (205 mph) can be reached. The extremely challenging circuit demands calmness and great skill from drivers, and it is a favoured venue for premier international races such as Formula One and the World Endurance Championship.

Regional champion Aleef says: “As the first ‘GR Supra GT Cup ASIA’ champion representing the region in the global final, I want to make all Singaporeans and Asians proud, so I have been practising hard and honing my racing skills. My experience competing in the many national and regional rounds against other fast and skilful drivers has strengthened my performance. I look forward to bringing my best game and enjoying the global final with e-Motorsports fans and gamers watching the race from around the world.”

The international online stream of the global final will bring e-Motorsports followers from around the world together, to experience real-racing excitement with Toyota. The national and regional rounds in Asia alone, attracted more than 5.4 million views.

E-Motorsports is one of the key pillars of TOYOTA GAZOO Racing (TGR), bringing thrill to car lovers in the virtual world. The real-time experiences and learnings from TGR’s motorsport activities are applied to the development of ever-better cars.

Toyota Motor Asia Pacific [TMAP] is incorporated in Singapore and is the regional corporate headquarters and subsidiary of Toyota Motor Corporation.

TMAP leads and supports the Asia Pacific region in sales and marketing activities, service parts, accessories and customer services, thus contributing to the overall development of the auto industry and the growing economies in the region.

Toyota envisions the future mobility society to bring freedom of movement to all. Moving forward, Toyota will provide a diverse range of mobility services and transportation solutions to people around the world as we transform Toyota into a mobility company.